Joined Aug 29, 2012
Messages 288
Name: Kristine or Kristina? , Andrea, Ada, & Tummy tat girl
URL / Website: https://livingroom.de/index.php
General Area: August-Thyssen-Straße 4, 41564 Kaarst, Germany
Fee: 50 Euros ( $57 USD) + 30E CIM
Physical Description: Andrea cute little spinner with a sexy body
Kris - Soccer mom type - Great Tits
Ada - Attractive Taller girl with a nice body
Vinnie's Girl - Another attractive girl with a really nice body & a Carpe Diem tattoo on her tummy . She had a better looking ass than Ada. I sitting behind the girls as they were standing & talking to my friends checking out their asses. Vinnie's Girl actually caught me looking & I told her her ass was nicer than the other girl.

In the morning we went to Villa Venus and paid the 15 Euro early entry. LTO & I didn't see anyone that interested us so did not do a room. Vinnie took a petite girl to a room . He got a bbbj and covered sex which he said was nothing special & paid her 30 Euros.

Later that day we drove to Sauna Club Living room and paid the 60 Euro entry. This club was taken over by Golden Time and they did it over like a smaller version of GT complete with a white tent in the back yard. At the reception we told them we wanted to only wear towels but they informed it was not allowed so we had to wear robes. We spent a lot of time in the tent because it was cooler and not smokey like the main room which was the size of someone's Living room.

Vinnie ended up seeing some girl who he said was only average but later on he saw a much better girl who had a Carpe Diem tattoo on her tummy. The girls were 50 Euros each. LTO started by doing a room with cute petite Andrea and ended up paying 50 Euros for the sex plus 30 Euros for CIM. Then he did a room with Ada who only would do light kissing along with the sex. He paid her 50 euros.

I had told the cute faced Andrea that I would see later after I ate but she was no where to be found when I went looking for her. Whenever I walked past the girls sitting on the stools near the wall across from the bar a couple of them would grab my Ass. The main lounge was too smokey to sit in so I sat on a couch at the far end of the bar. While sitting there a blonde at the bar waved at me thru the crowd between us. I ignored her but then she came over and cuddled up next to me. She said her name was Kristine or Kristina? She OK facially with an average body type. Normally I would have told her that I wasn't interested but as she began to massage my chest and kiss me I starting getting a tingle . Then she reached in my robe and I was rock hard. I figured the little head might be on to something so we went to a room together.

In the room Kris began kissing me very passionately . We kissed for a while standing next to the bed before we settled on the bed for more deep kissing. I had removed my robe before we got on the bed so Kris now knelt next to me pulling up her lingerie up over her head. As I said her body type was Average with a little tummy but as her clothes were pulled up further revealing her tits my eyes just about popped out. She had my dream Tits! I had only seen these kind of tits a few times before with the 1st being on a hippy chick I met in college . I will try to describe them as best as I can . Kris had narrow D cup tits that hung down slightly ( not hangers) with huge 3" pinkish maroon Areolas & nipples. She also had a hint of a tan line.

Needless to say I reached up and massaged those puppies. As I was doing that Kris leaned down and began kissing me deeply again. She then moved down next to me and I moved my head down to lick and suck her nipples while I rubbed her pussy. Kris began to move her pussy against my hand as she lightly rubbed the back of my head. I moved up and we deeply kissing again before Kris moved down and gave me a really nice BBBJ . After a few minutes I reached down and pulled her on top of me for more deep kissing while I massaged her ass . Then I flipped her over and I moved down to suck on her tits again before moving down further to lick her pussy. Kris began to move her hips slowly as I licked her . When she lifted her legs up slightly & let out a soft moan I licked & sucked her pussy harder until she became wet.

I then moved up on top of her and sucked her nipples some before getting on top of her and we began more deep kissing. After a few minutes I raised my head up and said it was time for sex. Kris looked at me and replied with a grin " Oh you want sex NOW do you? " I told her " yes please". She then asked quizzically if I wanted a condom . i decided to ask if there were any options or other extras available & their costs . Kris replied " without a condom would be " and she held up two fingers. I told her that was rather pricey and she said she would go down to 150. I told her to get out a condom.

I had Kris get on top to start off so i could massage her great Tits as she moved her pussy up & down on my Dick. . Then I had her move over for doggy which we both enjoyed. When she began making grunting noises I grabbed her hips and fucked her harder and faster. When I was getting close I flipped her over and she guided my Dick into her . We began kissing again and as she rubbed my shoulders I popped.

Except the slightly awkward moment about the condom this was the best all around GFE I had so far on this trip. As I said Kris is not the type I usually would see at the clubs but after Andrea blew me off she was in the right place at the right time and ended up really making my day. Tab was 50 Euros. 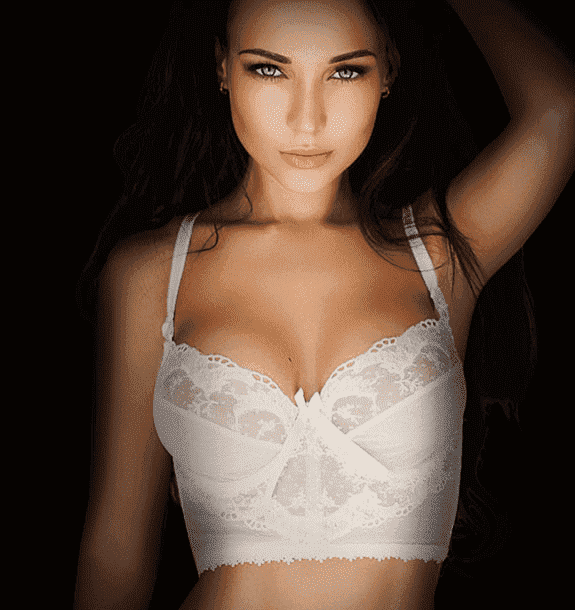