Physical Description: Tatiana-30 yo- Tall 6 foot Russian Blonde with a hot sexy body that matched nicely with her firm C cup tits. She wore big black rimmed glasses with thick lenses on the couch but removed them in the room to reveal a very attractive face.

Isabella-28 yo. - Gypsy looking Petite 5 Foot Black haired Romanian with a slender sexy body. Maybe small B cup tits & a firm ass that was exactly two handfuls. Facially Ok but not a beauty.
The Rest of the Story: I had visited and liked another club,the Acapulco Velbert . When I saw the owners had left the Acapulco & opened up Penelope I put that club on my visit list . They have an early bird special before 2PM Sun to Wed. but I visited on 1:00 PM Saturday so I paid the 40E entry. The club has a large main room with about 10 or so very large 4 ft deep couches and one huge hanging bed near the bar area. The girls stake out their couches and you mostly approach them. This is a Sauna Club so the Girls are not nude with the exception of a few who had their tits hanging out.

After a light snack I wandered around the room and noticed a tall blonde on a couch against the back wall. She was wearing a sexy black Lingerie outfit with matching huge black plastic rimmed glasses that contained lenses that looked like the bottoms of Coke bottles. I sat next to her and we talked. Her name was Tatiana and she was a 30 yo Russian. I thought she looked closer to 25 YO. We came to terms for the 1/2hr service for 40 Euros . As Tatiana got up off her couch to go upstairs to a room I was a little surprised she was over 6 foot tall.

In the room we kissed lightly before Tatiana started giving me a nice bbbj. After a while I had her move on top for some 69 . Tatiana soon began to rub her pussy against my tongue and the she put both hands on ether sides of me as she sucked my Dick hard and deep. I grabbed two handfuls of her firm ass and nuzzled my tongue deep in her pussy. We enjoyed each other orally for a while . Then I had her apply the wrapper and she got on top as I reached out to massage her soft tits.

Next I decided I wanted to fuck her from behind but I knew her long legs would be a problem for my Dick aligning with her pussy so I told her to move to the edge of the bed. I stood on the floor behind her and grabbed her hips as my Dick entered her. As I was fucked her Tatiana began making small grunting noises and then started pushing back against me. I remember looking down and seeing she had pushed me back so much that her Ass was hanging at least a foot over the edge of the bed at times. The sight of her long body rapidly pushing backwards on my Dick kinda mesmerized me like a deer caught in headlights and I just stood there letting her go at my Dick for a while. It also felt really damn nice . I then had her flip over and move up on the bed so I could finish in my favorite way, on top of her feeling her soft body against mine as I stroke my Dick into her wet warm pussy until I pop.

I went downstairs and after a shower I ate some of the good grilled food outside. After a coffee and cake I watched the other girls for a while. My episode with the Tatiana wore me out so I figured I was done for a while . Watching the other girls wasn't really doing anything for me so I walked around and found the small Cinema room . It was empty so I went in and watched the porno movie for a while. After a few minutes a petite black haired girl entered the room and snuggled up to me. I told her I was just resting and she said she would join me. It felt nice with her warm body pressing into me but I figured it wasn't going to go anywhere after the Russian episode but I didn't discourage her. After some time just snuggling without talking the Girl began to lightly kiss me and then she reached into my robe. I said something like " good luck with that ". It felt so comfortable with her against me I hadn't even noticed that she had gotten me hard!

The girl suggested we go to a room. I started thinking if I left the Cinema now I might not be up to the task when I got to the room given what Tatiana did to me . My mind began coming up with excuses to give the Girl but then she reached into my robe again. The little head really wanted to Fuck her so I finally told her no room let's do it right here! She looked at me and said " OK but for a half hour". In this club it was 20min for 30Euro & 40 Euro for 30min. She knew it wasn't going to be take 30 min. but she wanted a built in tip to do it in the Cinema. It sounded fair to me so I agreed.

The girl bent down and began a nice BBBJ while I watched the porno for a few minutes. I then told her I wanted to lick her pussy while she sucked my Dick. She said OK if we moved a little higher up to a small platform. We were sitting in the front row. We moved to the platform and did some 69. I was enjoying licking her pussy as I held onto her Petite ass. She in turn was doing a good job of keeping me rock hard. I decided it was time to Fuck so she put a cover on me and we started some Doggy . As I fucked her I glanced sideways at the porno on the screen . That's when I thought about a fantasy I had years ago. I told the girl to turn sideways so I can watch the couple on the screen as I fucked her. We both shifted our bodies so we faced the screen . The guy on the screen was a prison guard fucking a female inmate in the ass against a wall. Not the exact position as we were in but close enough. I grabbed the Girl's hips and tried to match my thrusts into her pussy with the guy's thrusts on the screen. Sounded good in my head but it was only a thrill for a few seconds. I went back to concentrating on the pussy my Dick was in.

After a few minutes of Doggy I had the Girl flip over so I can can on top of her. As I fucked her the Girl put her hands on my back and hugged me slightly while making very soft grunting noises. I was surprised how much more that turned me on than the porno and I soon popped. Just then I noticed another Girl entering the Cinema . As I looked up our eyes met and she gave me a big smile before sitting down in the front row. I rolled off My Girl & she pulled some tissue from her purse to clean me up some and then we headed to the money lockers. In the daylight I finally got to see what she looked like . She was kinda cute. As I handed her the 40 Euros I asked what her name was. She replied Isabella and gave me a kiss on my cheek.

I had seen guys doing Girls in public over the years in other clubs and thought that was kinda dumb. After my Cinema Fuck fantasy with a complete stranger I have to admit it was sort of thrilling knowing someone could come in and catch us doing the naughty at any time. Now I wish the other girl would have come in sooner and then maybe join us. I 'll have to save that fantasy for another time! It was a hell of a fun day but exhausting so after a shower and a bite to eat I headed back to my Hotel as I was traveling to Spain for a few days to rest up before returning to Germany to meet up with some of my buddies who were flying in to hit the club circuit with me.
Recommendation: Yes 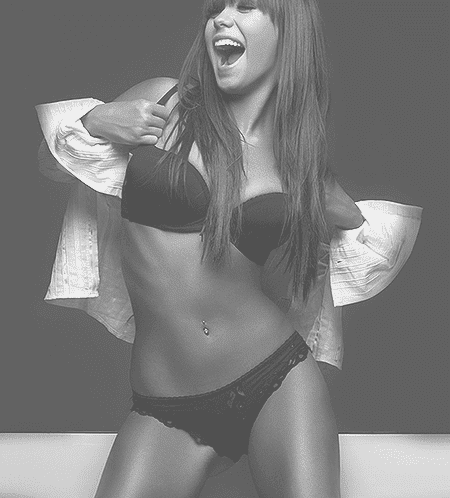