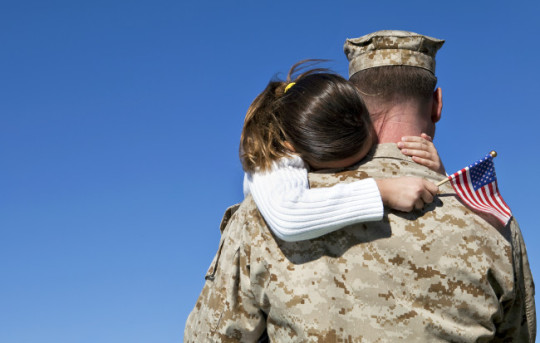 There’s a special place in hell for people who mess with kids. If this was a perfect world, everyone who messed around with kids would get their face caved in by someone larger than them before being turned over to the police. The sad reality regarding children, however, is that most of the time they are just as afraid of being doubted as they are of the person who is hurting them. Then, on top of all of that, the police usually have a very difficult time proving the victim’s claims, as it is often an instance of the word of a child vs. the word of an adult. Which is why this former marine decided to take the law into his own hands when his daughter revealed the truth of her relationship with his former friend.

Brandon Moore rushed to the hospital with what doctors thought was a brain aneurysm.
​
Brandon’s wife, Leone, went with him to the emergency room, leaving their three children at home in Lorena, Texas. When she texted a group of friends to say Brandon was in the ER, one replied to ask if he could check on the kids. Leone said no, but he didn’t listen.

​
Instead, Sean Foster went to the Moores’ home on June 24, 2014 and molested their 14-year-old daughter, Madalyn.
​
Yep, you read that one right. This dude capitalized on his buddy being put in the hospital by sexually abusing his daughter.

Two days after Brandon went to the hospital (diagnosis: muscle spasm), Madalyn was with Foster again—working for him at his pool company. He dropped her off at a doctor’s office for an annual physical and told the nurse that he wanted to go back with the 14-year-old for the exam, and he threw a “tantrum” when she said no.
​
Foster didn’t realize, though, that Madalyn’s mother was already there, waiting in an exam room. The nurse told Leone what Foster wanted to do.

“The nurse was pretty upset about it,” Brandon said.

About 15 minutes later, Madalyn suddenly told Leone about something bad Foster did.

​
Madalyn proceeded to tell her mother about sexual abuse that began at age 9, taking place in her bed, in the shower, in Foster’s pickup truck, and elsewhere.
​
Unfortunately for the Moore’s, the police told them that it would take months to build a case strong enough to put Foster away. Fuck that. Luckily, Brandon felt the same way, so he decided to take matters into his hands.

Brandon stayed up all night turning the situation over in his mind before he hatched a plan:
​
Pretend to be 14-year-old Madalyn, text Foster from her phone, lure him to the house, record him trying to prey on the girl and then “put my hands on him.”

“In the morning, I went to my wife and said, ‘Go take the kids to our pastor’s house.’” After some negotiating, he finally told her, “‘I just have to do this,’ and she said, ‘What if you get in trouble?’”

​
That’s my new favorite quote of all time by the way.

Brandon locked the front door, turned on the shower, and sat in his son’s dark room. Brandon texted Foster from Madalyn’s phone, telling him that “she” would be in the shower and to pick “her” up for work in 15 minutes. Foster called Brandon to make sure he wasn’t at home, then drove over.
“If he wasn’t a creep or a jerk, he would’ve pulled into the driveway and honked or knocked on the door,” Brandon said.

Instead, Foster tried the front door and found it was locked, so he went in through the back.

Foster first approached Madalyn’s room before hearing the shower running in the bathroom.

“I thought you showered yesterday,” he said as he pulled the curtain back.


​
The article goes on to relate how Brandon burst into the room and confronted Foster. Foster, like a coward, tried to run away. So Brandon subdued him.

“It was between four and five minutes that I had to keep taking him down” until police arrived, Brandon told The Daily Beast. “He shoved me off of him and went running to the front door, so I tackled him from behind and choked him and kneed him in the face until police got there.
​
“I beat him up pretty bad,” Brandon remembered. “By the time police arrived, my foot was swelling up from kicking him.”

​
That’s amazing. Nothing says “I love my daughter” than kicking her abuser so hard and often that your foot swells up.
During the confrontation, Brandon had his cellphone recording to prove to police that Foster was their guy. Which, police admit, was crucial to catching Foster quickly as opposed to allowing it drag out for the normal months on end. While the police stressed that they don’t condone people taking the law into their own hands, they do agree that the audio helped them. You can hear the exchange below:

Joined Jun 29, 2010
Messages 10,859
Father should get off without any charges. It's too bad the girl didn't talk to her parents the first time it happened.
M

God said:
Should have pulled every nail with glue then pin his dick with 1000 needles.
Click to expand...

Just stick a dagger through his manhood.
You must log in or register to reply here.