I set up a pre-book with Lily the day before for a late morning session. Her location was in a New House in Subdivision under construction. She has a couple in their 40's as room mates & also she has a large pit bull . The photos in her listing are older and she is not as thin as the photos show. The B&W photo is what she looks like now.

When I arrived Lily informed me of her large Dog. We went into her bedroom and the dog stayed in the Kitchen. Her bedroom was spacious with an attached en suite but it was a mess. There were clothes in piles all over the floor and covering the bed. Lily said she just moved in and hadn't had a chance to tidy up yet. She fumbled around a pile next to the bed for a while until she found her purse that contained her sex items. Lily then pulled off her top and told me to undress while she cleared off the bed.

On the bed we began kissing and then I explored her body and moved down for Daty. Lily was very responsive and kept saying "that's it" softly over and over. After she popped I moved up to suck on her nipples before kissing her again. Lily then said " I guess it's my turn" and she moved down to give me a BBBJ. After a few minutes I had her move around for 69.

Next Lily applied the cover and we did Doggy for a while. As I said previously Lily is heavier than her photos show, mainly in her butt. As we got into the Doggy Lily was moaning and grabbing the sheets so I grabbed her hips and went at her fast and deep. It felt nice but I was getting distracted by her big booty. Whenever I pounded into her hard it caused a big wave of flesh to move from the back of her ass to her hips then back again. Again my Dick felt good going into her Pussy , it just looked weird . I decided to have her flip over . Lily applied some lube and I got on top. Soon she began moaning softy and then she began saying "that's it" over and over again until I popped.

I washed up and got dressed . When I returned Lily was sorting thru the various piles of clothes looking for something. I was ready to leave but I was not about to chance walking out with the big Pit bull just outside the bedroom door. I waited patiently as Lily found the panties she was looking for and put them on. Then she put a big pile of clothes back on the bed and sifted thru them. She picked up a couple of different Bras then tossed them back in the pile. When she picked up a black one I said " You can't go wrong with Black it goes with everything". She tossed it back on the pile. I then told her I had to leave soon so she put the black Bra on & some sweats. As she walked me to the door she said "that was a great way to start the day" and the she told me her real name and said to call her anytime. While the service was fine and we connected OK the overall situation was a little too odd for me. I will not be going back. Damage was $120 for the half. As I got into my car to leave her room mates pulled up next to me and got out. The woman waved to me and smiled. 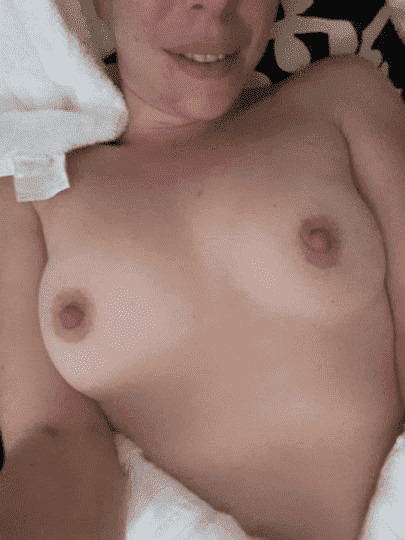