After my nice afternoon session with Asian Coco I met up with a couple of friends for Diner & to plan one of our upcoming road trips . When I got back to my hotel I checked online to see who was around. I noticed Kat was booked on & after a quick call Dana set things up for me .

Kat arrived at my Hotel and greeted me in a very friendly but in a nervous manner. We talked for a while then began kissing before settling on the bed. We did a lot of DFK as we massaged each others body . Kat then moved down to begin a BBBJ and BLS . After a few minutes Kat informed me that she had a couple of condoms in her purse whenever I was ready. I told her to hold off on them as I like a lot of foreplay and we were just getting started. Kat then moved up on top of me and we did more DFK as she rubbed her body against mine.

I had Kat flip over on her back then I kissed and licked my way down her body and began Daty. While I started out soft and slow it was soon evident she likes it another way. Kat began moaning loudly then she began to bounce all over the place . At times she was squirming & moving her pelvis up & down quickly and at other times she lifted her ass a good 8-10" off the bed and pushed her wetness against my tongue. I got the message so I reached in and wrapped my arms around her thighs and went at her hard and fast. It was like trying to ride a bucking bronco. I let her have her fun then I moved up and we did more DFK.

Next Kat moved down for more BBBJ for a while before she moved up and sat on me as she rubbed herself against me. Then Kat propped one leg up in sort of a squatting position . She then reached down and rubbed the head of my Dick against her clit. She looked like she was in some sort of sexual frenzy and moaned softly as she used my Dick to rub one out. It was also getting to me so I told her it was time for the main event. Kat informed me that she only uses condoms to make sure there was no misunderstanding. I told her " no problem ...Get your Purse".

After suiting up Kat began CG and then I suggested Doggy. I stood on the floor at the side of the bed and she quickly moved into position telling me Doggy was her favorite. We both enjoyed that position for a while. It was getting close to the time so I had her flip over for some Mish so we could do more DFK as I popped.

As there were only a few minutes left Kat quickly washed & we briefly talked while she dressed . As she was walking out the door Kat turned and said "Thank you for such a nice time" , then she clasped her hands together in front of her face bowing her head & saying " Thank You" again. Then she was gone and then I missed her.

This session with Kat turned out to be more interesting than I thought it would. First of all from her photos on the site I thought she would be more of the glamorous type with a Dancers body. Kat looks more like the Soccer mom type with a tall soft slim body & is facially average. In fact the whole session seemed like picking up a Soccer mom who had a lot of built up sexual tension . She was visibly nervous at first but as soon as we started kissing the flood gates burst open and she was all over me . The only problem was that at my age I'm only a 1/2hr guy ( honestly more like 20min. lately). In hindsight I should have booked her for the hour so I could have at least enjoyed her company a while longer. She is at the top of my repeat list. 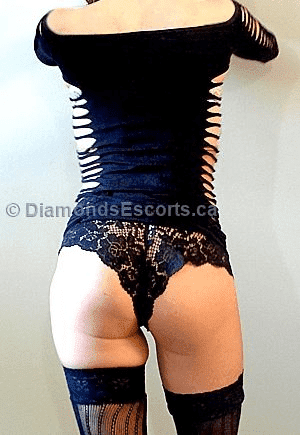 Joined Mar 25, 2011
Messages 793
Thanks for the feedback.
You must log in or register to reply here.