I am not making judgements, just sharing educational resources

[h=2]When a girl says she's too busy to see you - she is not interested.[/h]
This comes up here every now and then. I'm posting my slightly expanded comment from its latest sighting in a General thread.

When a girl says she's too busy to see you, she may or may not be actually busy, but she is almost certainly not interested.

I can invoke experience here, with dozens of girls who used the "busy" excuse, never to be seen again. Back when I was a hardcore chaser, I would press those girls to discuss their schedule, and in some cases they pulled seemingly legitimate excuses: her family was visiting, or she had some special event to prepare for, or extraordinary pressure at school/work. Sometimes they were things that were true and verifiable, like exam period in school. Sometimes I was even able to extract vague promises from them to see me when that acute pressure was over. Clueless AFC logic: she appears interested, so why wouldn't we meet when her schedule clears up?

Nothing ever came out of that. Not a single girl called me when her "family visit" or whatever excuse expired. Trying to contact them was equally fruitless.

If a girl is really too busy to see you, but is interested, she will schedule a meeting in a few days, or maybe a week or two in rare cases (and many of these will flake). No girl is so busy she can't meet for weeks, and most are less busy than they pretend at first. We're talking about very young women here, not heads of states. "Busy" for her likely means hanging out with friends, and for the hot ones: going out with guys she actually values.

If she won't schedule, and/or talks vaguely about being busy for more than a week, then SHE IS NOT INTERESTED, and WILL NOT MEET YOU.

Now this is all purely based on experience, but really, you don't need my experience to know that, just some basic logic, elementary understanding of women, and most importantly: willingness to pull your head out of your own ass.

Clearly, she has time for all these other things she has "going on", all the activities and people that keep her "busy". If seeing you was important to her, she would prioritize and schedule you ahead of some of them. Her failure to do so means that MEETING YOU IS LOWER ON HER PRIORITY LIST THAN ANYTHING ELSE SHE IS CURRENTLY DOING.

If I am gaming multiple 8-9s and then get a number from a 7, I may not schedule her for weeks, but then my stream of hotties may dry up, and I would schedule and try to fuck her. This is because I am a man, and would fuck the best girls available to me at the present point in time, including some I don't particularly value or respect. However, A WOMEN WHO VALUES YOU BENEATH EVERYTHING ELSE IN HER LIFE WILL ALMOST CERTAINLY NOT FUCK YOU. Your only chance is to radically improve her opinion of you, and in many settings, like cold-approach game, that is practically impossible.

So why do girls say they're busy, rather than just reject you?

1. FOR ALL THE SAME REASONS THEY WON'T REJECT YOU TO YOUR FACE

If you seem needy / sensitive, they may not want to see the pain and disappointment on your face.

If you seem creepy / weird, they will not want to become targets of your rage.

2. IT'S NOT YOU, OR EVEN HER PREFERENCES - IT'S JUST HER BUSY SCHEDULE!

Some girls see it as the most polite, innocuous form of rejection for that reason. You're not telling the guy anything bad about himself, you don't even say he's not your type - you just blame some force majeure.

As I explain above, it's not really a force majeure, because she does control her schedule, and it's seldom truly packed, and even then she would have found you a slot had she wanted to. But lots of rookies just run with it, because it maintains their fuzzy comfortable feeling that the girl liked them.

Being very busy is high status, especially in competitive go-getter societies like the American one. This works nicely with the final reason:

Suppose she told you the truth: "hey, HgRookie, I don't wanna meet you because I don't like you", you will probably: 1) Be offended, 2) Leave her alone unless you're a total psycho.

Since psychos aren't desirable orbiters, what a girl to do if she wants to string a nice guy along? Play the "scheduling game" forever! "I'm busy this week, call me next week."​ Her hair is too red (overdone hair die), but damn she has a nice spinner body and a tight little ass.
A

Joined Jul 7, 2012
Messages 1,859
We also do the same thing. I was a coward during University whenever I wanted to break up with a girl. I avoided them, didn't return phone calls and gave her the cold shoulder. But could never say, I am not attracted to you anymore. Couldn't bear to see their hurt faces.
V

Joined Jan 22, 2014
Messages 113
Not educational at all but have to agree most is true. Like others have said, us men are just as guilty.
A 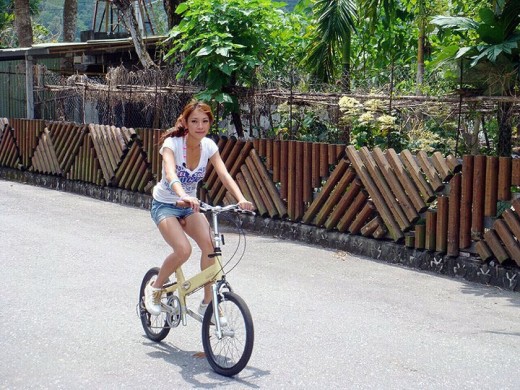