oldguyzer said:
I don't find Colbert that interesting or amusing. But then, I'm probably not the demographic they are aiming for.
Click to expand...

his followers are happy with hope and change.

Joined Oct 25, 2011
Messages 10,811
His "followers" understand the difference between satire and news and recognize that the broadcasts provided by FOX, CNN, and MSNBC produce neither.
U

He makes up cool new words like 'truthiness'.
U

David is faking it.

He hates him for taking his jobFunky & Music
R

[h=1]Craig Ferguson leaving the Late Late Show[/h]
[h=3]'CBS has been fine with me': Ferguson says it was his choice to retire[/h] 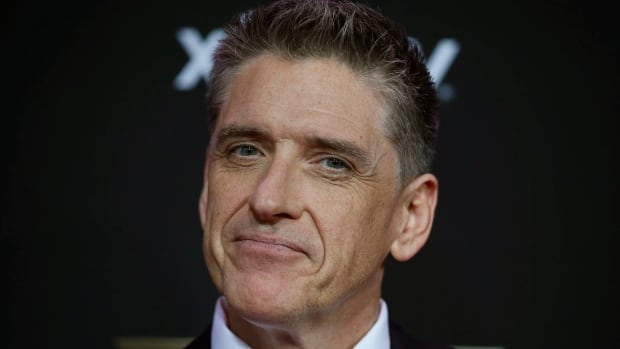 Wow never saw a white man with an afro :biggrin2:
U

"If this is your first time tuning into The Colbert Report, I have some terrible news"

It’s a rare man who gets to attend his own funeral. It’s an even luckier man who gets to cheat his own death, dust his prints off the murder weapon, read his own eulogy, and rise to live again in another form.

That’s what Stephen Colbert did Thursday night with “Stephen Colbert,” in a show that sent his bloviating host character — one of the greatest sustained performances in pop culture, TV or otherwise — off into TV eternity. And his final Colbert Report was both a sweet ending and a perfect summation of the show’s spirit — smart and surreal, sly and sincere. The finale nodded to the massive creation that Colbert wrought over nine years, and — as he flew off with Santa, a unicorn Abraham Lincoln, and Alex Trebek — promised something different to come.

Colbert began his last Report by riffing on what pop-culture commentators have been riffing on all week, his show’s legacy, though tongue-in-cheek. “I did something much harder than change the world,” he said. “Folks, I samed the world. Another Bush governor is running for the White House. People on TV are defending torture. We are sending troops into Iraq.” When the Report began in 2005, he said, “I promised you a revolution, and I delivered. Because technically, one revolution is 360 degrees right back to where we were.”

But Colbert revolutionized much more than that in between. A quick rundown of some of his greatest stunts over the years — the Rally for Sanity and/or Fear, the SuperPAC — was the closest he got to breaking-character sentiment: “You, the Nation, did all that. I just got paid for it.”

The all-star sendoff is a staple of talk-show finales, but this one seemed to say something here about the vast world that Colbert created with the Report. The show itself was not the sum total of the production that Colbert has put since 2005. It was just the flagship product of a larger performance that extended to the Internet, to public rallies, to political campaigns, and even to space.

By transforming himself into a character, and taking his performance far beyond the thirty minutes of the show, Colbert was engineering a way to satirize a subject — the media and political culture — that had moved almost beyond satire. It started with one big idea: that in American discourse, gut feeling and team affiliation had replaced reason (indeed, had labeled reason itself a kind of contemptible bad faith). The Report debuted just after a Bush adviser speaking to reporter Ron Suskind dismissed, in pre-satirized terms, the “reality-based community.”

So Colbert created not just a show but a massive work of performance art set in the reality-liberated community. It opened with not just a hilarious routine, but what felt like a summary of the era, in which Colbert introduced the concept of “truthiness.” The nation, he said, was divided between “those who think with their head and those who know with their heart.”

It was funny, it was perceptive, and you might expect that to fuel a show for, what, half a year? That Colbert was able to be “Stephen Colbert” at such a high level for some nine years was the 56-game-hitting-streak of American comedy, a feat we may not see equalled again. He kept it up in part by taking the show on the road. He brought his act to the White House Correspondents’ Association Dinner, got Doritos to sponsor his favorite-son run in the 2008 South Carolina primary, and — in what was probably his high-water mark — in 2011 went through the process of founding a real SuperPAC. It was simultaneously an epic work of performance-art satire and genuine public-service education.

Before the finale, Colbert was already in the process of letting go of “himself”; on Wednesday’s show, he held a yard sale of Report memorabilia, unloading a copy of his correspondents’ dinner speech to a crying baby, selling a bottle of “Ass Juice” to a lucky bargain hunter. He seemed at peace, and why shouldn’t he be? He’s going on to something new, taking over for David Letterman at CBS. And while that’s generated much interest in what Colbert will do as himself, I’m not too concerned.

Because truth be told, one of the undersung aspects of the Report was how he infused his satire with his actual character, from his geeky enthusiasm for Tolkien to his sincere passion for ideas and ideals. If you expected him to give us a taste of what we’ll see from him on CBS, though, you’ll have to wait until later next year. Except for a post-credits sequence of him cutting up with Jon Stewart during a 2010 taping, he maintained his rock-solid professional facade.

But the plaintive strains of “Holland, 1945″ by Neutral Milk Hotel — a favorite band of the honest-to-God Colbert — clued us in to the bittersweetness of this see-you-later. Right up to the end, Stephen Colbert did not break character. But the rest of us can be forgiven if we broke down a little, saying goodbye to America’s greatest, most genuine phony.

Tonight is Craig Ferguson's last show. Sad to see him go, as I find him a brilliant comedian. The show itself had a lot of 'schtick' I could do without, but the witty repartee he had with Geoff the Skeleton was priceless.
U

Louis XIV said:
Tonight is Craig Ferguson's last show. Sad to see him go, as I find him a brilliant comedian. The show itself had a lot of 'schtick' I could do without, but the witty repartee he had with Geoff the Skeleton was priceless.
Click to expand...

I love his accent, and I agree he's a brilliant comic. /-Thumbs-up::/
T

Big Bird and Cookie Monster were there!! :YMPARTY:
J

Joined Sep 26, 2013
Messages 885
Taking over from Letterman is a demotion for Colbert, in my opinion.

Jasper said:
Taking over from Letterman is a demotion for Colbert, in my opinion.

It'll be interesting to see how things go from here. I was skeptical about Jimmy Fallon doing well on the Tonight Show, but he's excelled even more as a performer imo.
J

I knew Norm was brilliant but didn't know he was a softie.