Joined Sep 9, 2010
Messages 4,749
SUNshine Girl Catherine, 31, aspires to all the finer things in life, like a big Italian-style wedding, a posh Rolls Royce or just being a complete diva by slipping into a warm candle-lit, rose petal-laden bubble bath

Joined Jun 2, 2010
Messages 9,200
Ummmm they started out SO well this week now we've got two of the most masculine looking women I've ever seen?

Man hands and that isn't a forehead, that's a FIVEhead!!!!

Joined Apr 19, 2010
Messages 1,953
She looks a little older than 31 and the photographer didn't do her complete justice and she needs a bit more make up, but the bod looks pretty awesome in that black polka dot thingy. Nice wheels as well - 8/10
N

She does nothing for me.

siock said:
Did they bring back the Sunshine Boy?

Joined Dec 17, 2010
Messages 14,347
Catherine is the Friday Sunshine girl, so she's not going to be a continuation of their Calendar Girls series, she's going to be a regular SSG. That's because on Fridays they usually accompany the photos with a video of that day's girl. Speaking of video, you should check out her video, they might make you change your mind about her (or not).

Regarding her looks, no she doesn't look like a man, she's just a tough lumberjack-type of woman, that's all. I've met plenty of girls like this, they'll drink beer with you, watch sports with you, swear with the best of you, but they will also go to bed with you. She won't be a soft-girl, she'll do things hard with lots of animation. I'll bet she makes for an amazing MPA, with a strong upper body to really work out the kinks in the back.

She's got a few tattoos in naughty places, but they aren't overwhelming. Her headlights are really round and large, not sure if that's because they're implants or wonderbra (or both).

Something about her reminds me of Felicity Huffman from Desperate Housewives. I won't post a picture of FH, as I've already posted too many of Colette.
P 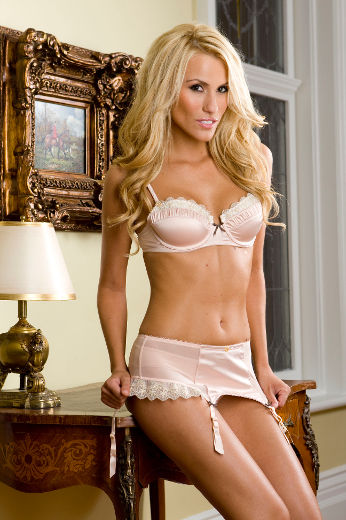 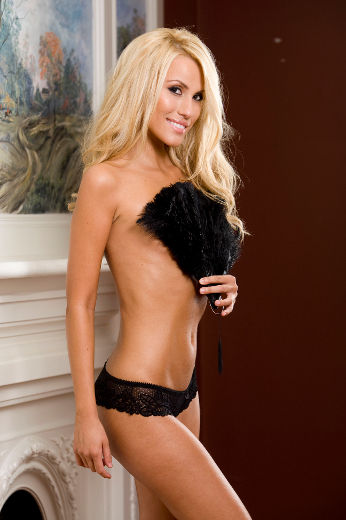 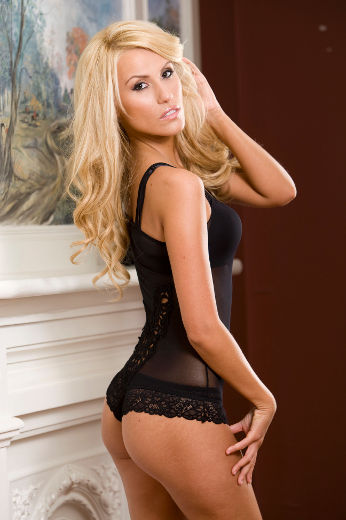