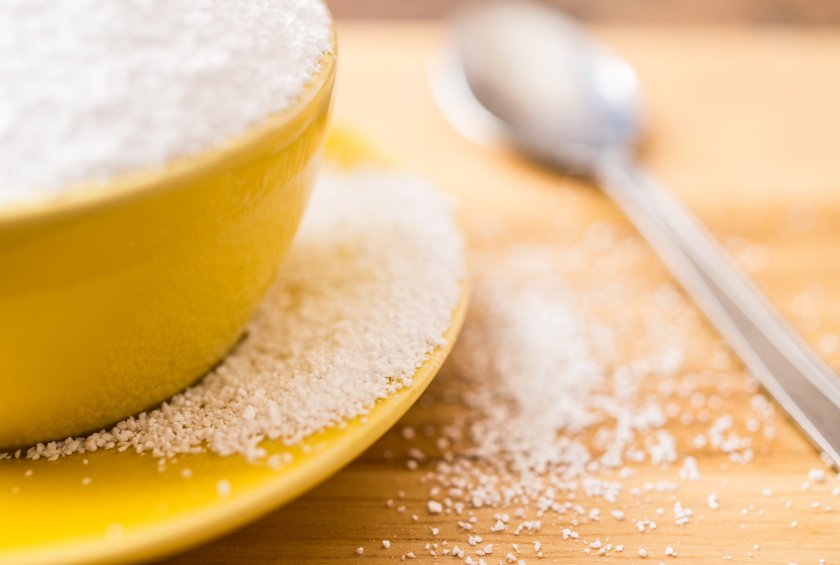 Yet another study has linked artificial sweeteners to unwanted and dangerous side effects. Watchdog nutrition group Center for Science in the Public Interest has published a study linking daily sucralose consumption with increased risk of leukemia.


Sucralose, more commonly known by its brand name Splenda, is considered a safe additive by the FDA, but this study published in the International Journal of Occupational and Environmental Health shows that consuming large quantities of the artificial sugar has serious health risks.


It should be noted that the mice in this experiment consumed the human equivalent of 10 diet sodas per day, which is astronomically more than the average Diet Coke habit and that these findings are the result of a singular study as opposed to scientific consensus. A majority of the Splenda-consuming mice in the experiment developed cancerous tumors, particular leukemia, by the end of their short lives, according to NBC News.
As a result of the study, CSPI urges everyone to stop consuming artificial sweeteners, and instead — when reaching for a diet soda or a regular soda — to opt for water instead.
Which sweeteners can we use? CSPI says the more natural, the better: Think raw honey or real maple syrup.

Joined Sep 10, 2015
Messages 1,482
I can draw a correlation between anything. Don't believe me? Consider this:

See what I did there? I took two different outcomes and related it back to the same cause, depending on what I wanted to relate it back to.

My point: Everything causes cancer eventually because cancer arrives eventually in some form, regardless of the lifestyle someone leads. What is the original or most predominant cause of the cancer for most people? It varies, but again, everything eventually will lead to cancer because cancer is an eventuality for all of us as we continue to live longer lives.

If you drink 3 litres of water per day, you can maintain good health.

If you drink 30 litres of water each day, you will will die, most likely.

VISITING TOO MANY ESCORTS LEADS TO EMOTIONAL DEPENDENCE ON ESCORTS AND FINANCIAL RUIN.

MisterAsianLover said:
By the way, drinking too much water each day can lead to death.

If you drink 3 litres of water per day, you can maintain good health.

If you drink 30 litres of water each day, you will will die, most likely.

Joined Sep 10, 2015
Messages 1,482
Glyercin, a natural humectant, holds onto water. That is why it is used in hand and body lotion. It keeps moisture on the skin for longer periods of time than water by itself and therefore helps moisturize the skin when applied to a person's body as part of a body lotion application.

See what I did there? Anything can be drummed up to sound dangerous and avoidable.
M

papasmerf said:
While I seldom agree with you on most studies..............I do whole heartedly agree that Honey or Maple Syrup is far better for you than fake or refined sugars
Click to expand...

Honey or Maple Syrup is not an option for diabetics. Maybe it's time to move on to Stevia.
U

Transient said:
Honey or Maple Syrup is not an option for diabetics. Maybe it's time to move on to Stevia.
Click to expand...

There's no bad side effects documented even after centuries of use.
M

Joined Sep 10, 2015
Messages 1,482
Why isn't anyone concerned with the cancer that is the modern day Mangina male?

Mangina's are responsible for most of the world's problems, yet people worry about Splenda instead.

All I could find.

MisterAsianLover said:
Why isn't anyone concerned with the cancer that is the modern day Mangina male?

Mangina's are responsible for most of the world's problems, yet people worry about Splenda instead.

C
Alzheimers and the insulin link

How the Sugar Industry Shifted Blame to Fat

How Not To Go Bald

You're Fat. Asians Aren't. Here's Why.